Skip to Main Content
It looks like you're using Internet Explorer 11 or older. This website works best with modern browsers such as the latest versions of Chrome, Firefox, Safari, and Edge. If you continue with this browser, you may see unexpected results.

This page contains links to reading activities, resources and links. Fun and Frivolous or serious, searching, and smart.

Banned Book Introduction and the Top 10 Most Challenged Books

Books unite us. Sharing stories important to us means sharing a part of ourselves. Books reach across boundaries and build connections between readers. Reading—especially books that extend beyond our own experiences—expands our worldview. Censorship, on the other hand, divides us and creates barriers.

About Book Bans and Challenges

Books are still being banned and challenged today. A challenge is an attempt to remove or restrict materials, based upon the objections of a person or group. A banning is the removal of those materials.

While books have been and continue to be banned, part of the Banned Books Week celebration is the fact that, in a majority of cases, the books have remained available. This happens only thanks to the efforts of librarians, teachers, students, and community members who stand up and speak out for the freedom to read.

How well do you know your banned books?  In honor of Banned Book Week 2019 New York Public Library presented this Banned Book Quiz.

Test your knowledge of banned and challenged books! Every book mentioned in this quiz has at some point made the American Library Association's yearly list .

Why did the Menifree Union School District ban the "Merriam-Webster" dictionary in 2010?...and other questions

by Abra Cole of the Spokane Valley Library 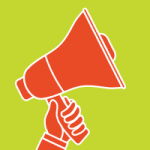 Find out more about the history of banned books, current events, and how you can fight against censorship at ALA's Banned Book Week page.

The following is from the American Libraries Magazine article 50 Years of Intellectual Freedom, written by OIF staff celebrating the office’s anniversary.

Banned Books Week was launched in the 1980s, a time of increased challenges, organized protests, and the Island Trees School District v. Pico (1982) Supreme Court case, which ruled that school officials can’t ban books in libraries simply because of their content.

Banned books were showcased at the 1982 American Booksellers Association (ABA) BookExpo America trade show in Anaheim, California. At the entrance to the convention center towered large, padlocked metal cages, with some 500 challenged books stacked inside and a large overhead sign cautioning that some people considered these books dangerou

The ALA Office for Intellectual Freedom tracked 156 challenges to library, school, and university materials and services in 2020. Of the 273 books that were targeted, here are the most challenged, along with the reasons cited for censoring the books:

Try out this Digital Banned Book Breakout from Chapin Library

Each year there is an unique Banned Book Week theme: 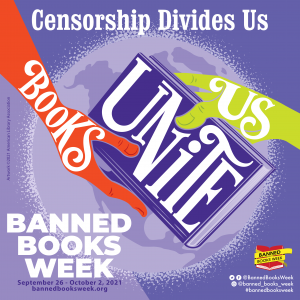 2020: CENSORSHIP IS A DEAD END. FIND YOUR FREEDOM TO READ DURING BANNED BOOKS WEEK:

2019: Censorhip Leaves us in the Dark. Keep the LIght On. 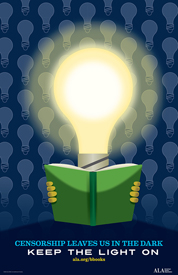 Check out these Websites for More About Banned Books

The Online Books Page presents a brief look at book banning with links to online texts of books banned by legal authorities and schools.

The National Coalition Against Censorship, an alliance of fifty-two participating organizations, is dedicated to protecting free expression and access to information.

NCTE offers advice, helpful documents, and other support at no cost to teachers faced with challenges to literary works, films and videos, drama productions, or teaching methods.